This is going to be an RP where you don't just claim characters, you claim an entire universe FULL of characters.

For example, instead of claiming Naruto, you'd claim the Naruto universe, and RP all the characters in it. One universe per poster, please.

You will then pic five "champions" from that universe to RP. The importance of these five champions will be explained in the actual RP.
__________________
In a world torn between Team Edward, and Team Jacob, I have one thing to say:

I claim the Touhou Universe! flame might hate me for this... but if Flame wants to, she can just post next that she claims it as well and post her own character roster and I'll change mine ASAP ^^ The universe I picked, that is.

So, here are my five champions:
1) Reimu Hakurei (Of course, I'll count the lazy-butt hax miko and all her main character powers in)
2) Marisa Kirisame (For all the firepower!)
3) Sakuya Izayoi (Time stoppage and knife throwing? Why not?)
4) Yukari Yakumo (Gap manipulation, border manipulation? Good character to abuse someone with. Hey, will her two shikigamis count too since they're her... well, shikigamis?)

My personal choice though would be...

Yuyuko Saigyouji (invoking death on humans) or Suika Ibuki (extremely powerful physically as an oni... and might even provide good comic relief)

5) Suika Ibuki (since I need someone to take the front lines... don't even mess with Missing Power)

Still, I'm open to roster suggestions from Flame or anyone knowledgeable about Touhou.

My final Team for now:
1) Reimu Hakurei (Barriers/Defense)
2) Marisa Kirisame (Long-range firepower)
3) Sakuya Izayoi (Time manipulation and knives)
4) Yukari Yakumo (Transporting with gaps, easier travel and can even serve for defensive purposes. Even possible help from two shikigamis... or a train...)
5) Suika Ibuki (Able to take on the front lines without much trouble with Missing Power and very good strength. Can also turn into mist to spy on stuff)

I claim from the Wild Arms universe.

I claim the Transformers universe! Specifically the G1 universe!

2) Swoop (He can fly? Also, he's one of the two Dinobots that doesn't have horrible grammar)

3) Slag (Probably the most axe crazy of the group.)

4) Sludge (dummest of the group. Transforms into a dinosaur that doesn't even really exist.)

5) Snarl (don't really have much to say about him)

*long minutes of thinking and weighing advantages with disadvantages*

I choose... the Bleach universe! Here are my characters!

With little help of Spidey i chose the Fullmetal alchemist universe.

ALRIGHT! I claim the One Piece Universe! YOSHA! Or Code Geass? Or Psyren... oh jeez... No, no, One Piece. One Piece is awesome. And they just had a time skip superpowering everyone, so heck yeah.

Can I switch Usopp? I just realised he's not really what this RP is looking for... like at all. I mean he's still cool, but I don't think he qualifies for the type of badass expected in this RP.

If I'm not too late, I'll claim the Hellsing-verse. They kick ass of untold quantities.

1. Alucard. The No Life King.
2. Walter. Gotta go with the cool old guy.
3. Paladin Anderson. For he does the work of the Lord Jesus Christ.
4. Seras. Need one girl, to be the team h...eavy weapon user.
5. Rip van Winkle. Magic Bullet Nazi is Magic.

I claim the BlazBlue Universe!

(Since she... is also a main character) 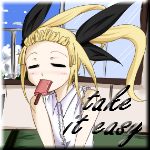