This is my second attempt at making a screencap LP. Hopefully this one won't suck nearly as much as that other one. Now lets start this thing already! 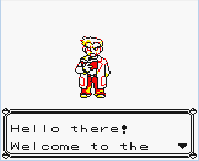 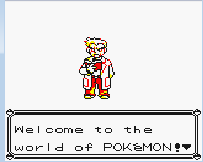 Oh god, what happened to your face? It's all...red..and freakish! Is...is this what everyone here looks like? What kind of horrible dimension have I stumbled upon? DX 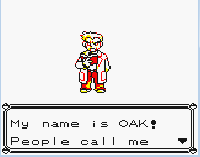 
Well, if I was named after a tree, I'd go by my nickname as well. 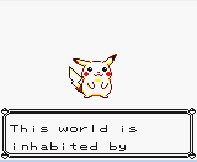 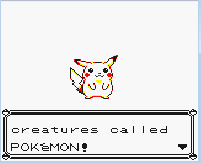 ...it's inhabited by yellow rodents? 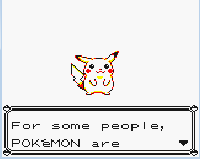 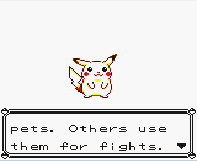 Ah, so it's like cockfights, but with adorable critters? 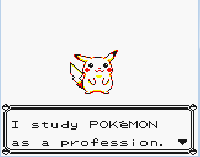 Well, that explains why they call you the Pokemon Professor. 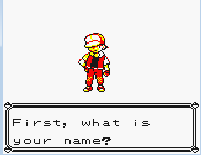 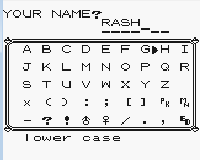 ...why are you looking at me like that? It was my father's name! 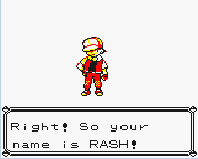 I don't like that mocking tone in your voice. RASH IS A TOTALLY LEGITIMATE NAME, DAMN YOU! 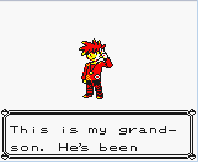 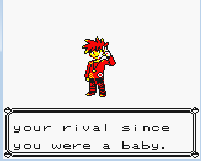 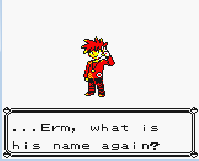 You can't remember your own grandson's name? You sure you don't have alzheimers?

Presumably named after what his parents were huffing. 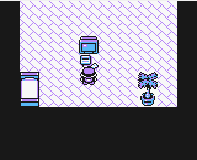 Well, that was an odd videogame. Crashed right after the intro. Ah well. I suppose I could go into town and and buy another copy of Pokemon Professors: Punches of Power. I'll need to get myself a pokemon though. Last time I entered the grass without a Pokemon...didn't go so well.

DAMN IT! WHY WON'T THAT MEMORY STAY REPRESSED? 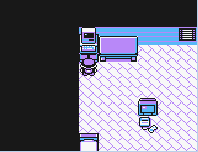 W-well, I don't think I have to leave right away. I think I can afford to play around with the computer a little bit, right? A little bit of procrastination won't kill us. Or is less likely to kill us than...uh...whatever the fuck that thing was. 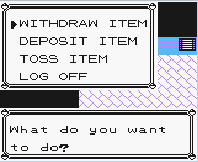 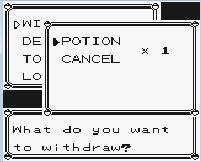 "Potion"? Wait, if the potion is on the computer, then where the heck is my por...er...the stuff I usually keep on my computer? Oh god, what if it's somehow switched places with a potion somewhere in the world? Wait...that's stupid. I probably just deleted it by accident. No idea how the potion got there though. 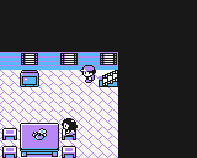 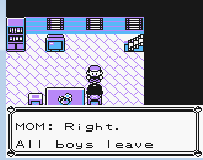 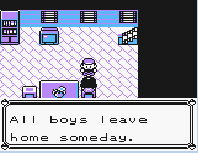 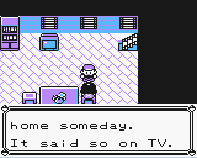 Well, I wasn't exactly planning on leaving home; but who am I to argue with TV? 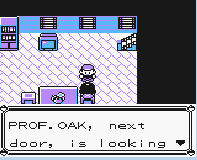 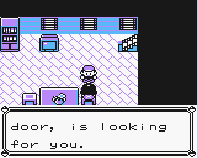 Oh, hey, he was in the videogame I was just playing! Or attempting to play, since it suddenly crashed after the intro. Oh, and he's lived next door to me for years. And has a jerk grandson. 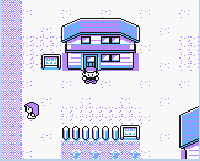 To the lab! Maybe the Professor will have something to keep the unnatural murderbeasts away. 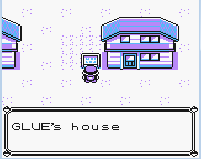 Why is it called Glue's house? Pretty sure the house belongs to Professor Oak. Ah well, ONWARD TO THE LAB! 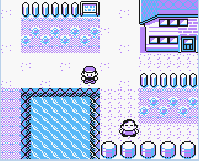 To think, we're so close to...where it happened. I...I better get going before I have another flashback to--

And here we have the only notable building in this entire town: Professor Oak's lab!

I didn't know that Professor oak was into human cloning.

Huh, he must be at your house then. I guess I'll run there so I can see him and haveanexcusetogoseeyourhotsister.

Oh, well then he must not have been home at the time. Or else you would have seen him. Damn.

Well, that was a waste of time. I guess if he's not home, and he's not at the lab, he must be somewhere outside the town. The sensible thing would be to wait for him to return. Shame I don't have the patience for that. TIME FOR DRASTIC MEASURES!

I can do this, it's just a patch of grass. Nothing to be afraid of. I could probably go through the whole thing without encountering a single pokemon. And even if I do, I can just run. It's highly unlikely that...THAT is going to happen again.

OH COME ON, DID WE REALLY NEED A FLASHBACK THERE?

No, I'm not going to run away from the tall grass just because of a really bad memory. I'm going to go find Professor Oak, and then I'm going to go to Viridian and GET A REFUND FOR THAT CRAPPY VIDEOGAME!

Meh, you can handle the pokemon around here by taking a boot to them. I'm more worried about...other things. The worst Pokemon I'm going to encounter in this grass is a pidgey, or a rattata, or...

...or an electric death rodent. Wait, you don't have any Pokemon with you at the moment...HOLY MOTHER OF FUCK RUN! RUN BEFORE IT COMES BACK AND DESTROYES US WITH IT'S NAMELESS ATTACKS! DDDDDDDDDDDDDX

...or you could do that. That also works.

Yeah, but I need Pokeballs to get pokemon, and I need to go to town to get pokeballs. Unless you know someone that's just handing out Pokemon.

Will there be candy? Cause the last person that said that offered me candy.

HECK YES! YOU ARE THE MOST AWESOME OLD PERSON EVER!

Clearly I get one first cause I'm awesome. So eat it Glue.