Basically, right now, I need everyone to suggest one series they would like in the crossover. You can suggest more than one, but I am only picking one from each person. They also have to be series I have either already seen or it won't take me too long to go catch up on it.

The main character will be an OC that you will help create with your choices once the series have been chosen.

Finally, suggesting a series means you have to actively participate in the thread. You will be required to put your vote unless you have a reasonable excuse as to why you cannot vote at that point in time.

If you didn't suggest a series, it doesn't mean you can't participate in voting. You can participate whenever you feel like it. There is no requirement to vote nor are you banned from voting.

Kamen Rider (any kind) or Madoka, depending on what you saw more of. 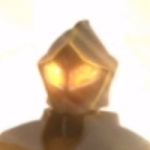 What gender are you?

I will just say female.

Series vote
> Attack on Titan (because why not?)

You are Aikawa a male. However, you enjoy dressing up in feminine clothing. You still identify as male, but dressing as a girl just feels more right to you.

Now, what are your powers?

The power to love.

> Just go with the thing you mentioned in chat yo
> PUlling weapons from peoples' souls. :3

> The most powerful meister who ever lived who also conveniently has eye powers and is a ninja and a vampire and a werewolf and shoots lightning bolts out of his ass  Boob swords Weapons from souls and such.

So Magical Girl is out? Hrm. I'm thinking more Truth-Knowing Alchemist, myself.

> The power to use the seven Sky Flames

>He gon kill all da titen.

You are a Magical Girl Boy! Thanks to magic ring passed down from your Grandmother, you have the ability to transform into a super cute dress and pull weapons from the souls of those who contract with you. The contracts are stored in the ring and can be terminated at any time. Every person has a different weapon with different powers. Maybe you can find them all?

Your temples throb with what you assume is a headache. It rouses you from your sleep. The blaring sun makes it hard for you to open your eyes and only intensifies the pain.

Sun? You look around frantically.

Why are you outside?

> Guy for the ho yay

I will accept no substitutes!