Yeah, blame Raven or Kokonoe for screwing up space and time somehow. Damn science and dimension-hopping.

Series: If you're using an OC, just list whichever series they would originate from.
Name:
Age:
Species:
Appearance:
Personality:
Abilities:

A few things to notice, for those unfamiliar with either series:

BlazBlue:
Ars Magus - A substitute for more conventional spell-casting in this universe. It manipulates seithr to produce the desired effect, and effectiveness varies depending on the wielder. These are essentially 'low-tier' weapons.

Ars Armagus/Armagus - More powerful versions of the Ars Magus, these weapons consume greater amounts of Seithr. Their great strength carries with them negative side effects, however.

Nox Nyctores - The strongest of the Magus weapons, these weapons were created specifically to fight the monster known as the 'Black Beast'. List of Nox Nyxtores and their wielders.

Seithr - A miasma spread throughout the world of BlazBlue, causing much of the destruction. Humans can't survive in an environment thick with Seithr, hence the Hierarchical Cities being located on the highest points of land, where it's pretty much non-existent.

Jinki - Eight weapons created by Sol Badguy long ago. Only three are known of right now:

These weapons are, obviously, not exactly normal, being created solely to combat Gears. 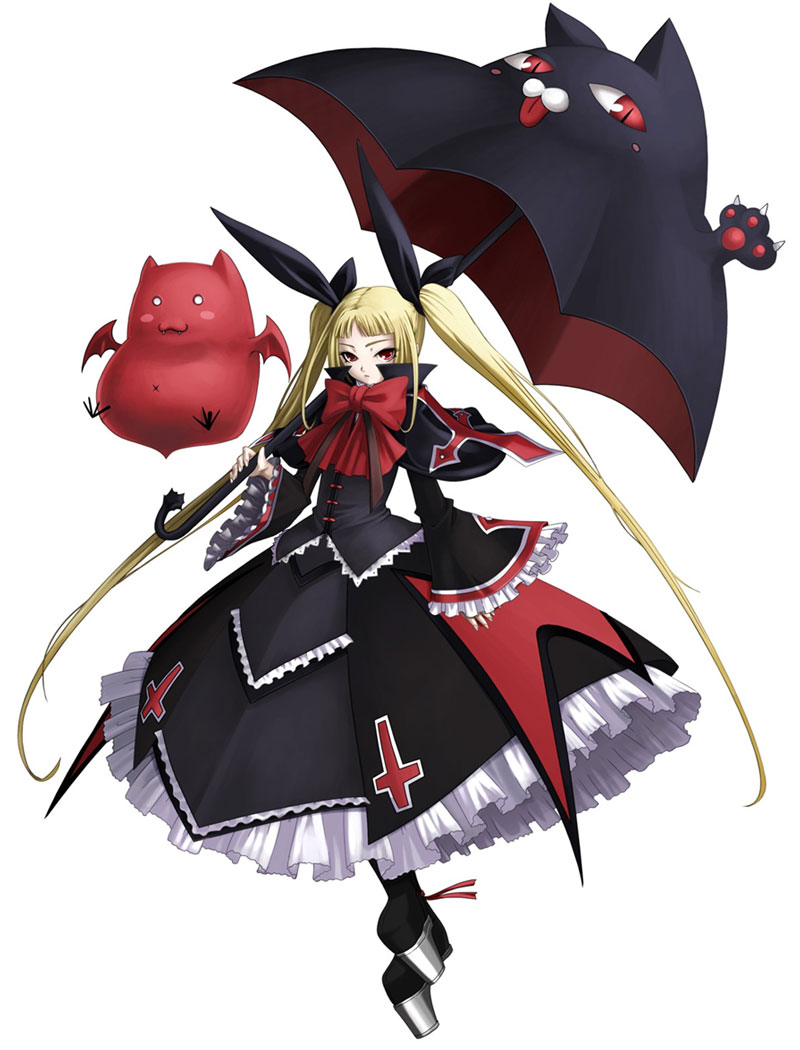 Personality: Snarky, condescending, and arrogant. Seems to have more soft spots for people than is apparent, given that she wishes they'd stop dying. Probably. Just don't catch her in a bad mood.
Abilities: Summoning lightning, controlling the wind, her familiars, turning her clothes into weapons, summoning a frog and a glowy pumpkin, possessing one of the Sankishin Units, being strong enough to backhand Tager across the screen (not that that means much but it's the only time she touches anyone), identifying tea, and being good at sleeping in the middle of fights.

Age: Somewhere around 18. Physically, at least. 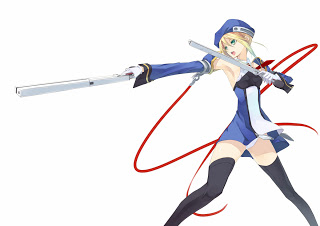 Personality:
Noel is incredibly shy and clumsy, and is quite self-conscious, especially in regards to her chest. However, Noel can also be quite determined when motivated, and is extremely loyal to her friends.

Abilities:
Wields the 'Arcus Diabolus: Bolverk' which takes the form mainly of two long-barrelled hand guns. Obviously, it shoots Seithr. Bolverk can also become a missile launcher and minigun.
In the 'handgun mode', Noel fights mainly in close-mid range combat, utilising 'gunkata' to effectively dance around her opponent and attack.