Witch Title: Witch of Love
Personality: Contrary to her title, she has an absolute hatred for everyone, especially people who she sees as in love with each other. However, she is still intelligent enough to know which is the right thing to do. Despite her hatred for everyone, she seems to be more considerate towards Justice.

Abilities: Her magical ability is to cause a turn of events that will lead to someone being infatuated with someone else. There isn't anything limiting her abilities besides her imagination. 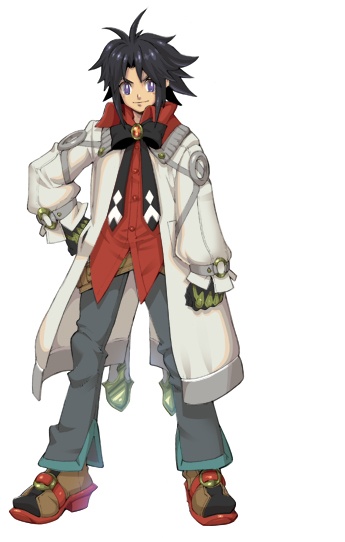 Witch Title: (If applicable)
Personality: Ahshiren is suffering Extreme case of Gynophobia (Fear of female). He start's to panic with even from a slight touch is easily horrofied by angry female. He usualy keep's 2 meter distance of from them which he descripes as his personal safe heaven. Despite the phobia he tries to act with most best of his nature while dealing with females. He's often descried kind natured and sometimes bit quiet.

Abilities: He can symmon deep blue colored sword which he uses in battle, plus he has considerable acrobatic talents.

Bio: Ashira is a Furniture, Ashira try's to keep his Fear of females at bay while serving either tea or something else. But still is at edge while nearby her, one push and he might go into panic once again.

Name: Akaska
Age: 1000 years
Gender: female
Race: Witch
Appearance: looks just like beato, but there are some diffrences. 1. her hair is white/silver, not blonde/gold. 2 her dress is the oppisite color, so its white and silver
Witch Title: The silver witch
Personality: Nice and kind, but can be as brutal s her sister, The Golden Witch, Beatrice

Abilities: can summon all the furniture, is a rank higher than all the other witches but beato, actually uses her power to bring joy and happiness.

Bio: Her sister neglected her, and she was raised by virgillia, but didnt use her powers for evil. She hates her sisters guts, but since she has took a vow to never harm a human, witch, or furniture, she cant kill her. She teaches the seven sisters that killing people sometimes isnt a good idea. Shes actually ranked next to ronove in cooking! But her tea always has to be hinted with a bit of dragon fruit. She has a huge crush Ashire, and only luicfer knows this.