Hello people of Random Roleplay! My name is Noe Record; and you may not remember me from such dead RPs as Moe Anthromorphism and....that's about it! I'm here today to try my hand at reviewing stuff; because Spidey is too busy scratching his head in confusion over the first chatper of the manga we'll be looking at today: Scape-God.

Personally, I don't see what Spidey finds so weird about it. The plot is simple: our protagonist is rescued from monsters by a loli who she later discovers is actually God; and has to fight monsters with a blade made of misfortune because she refused to let the universe end when it was supposed to. What's so hard to understand about that?


Well, this has been the first chapter of Noe reviews! I hope you've enjoyed it. I'm Noe Records, and I need a catchphrase!


...I can't end the review there, can I? Well, If I'm going to analyze this thing properly, I guess I'll start with the characters:


Midori: Our protagonist; she's a cute girl with glasses. And a lesbian and stuff. The story starts with her getting rejected by her love interest; who is apparently not into girls. To make things worse for her, said girl was pretty much her only friend; and she's alienated her. I can empathise: I tend to alienate my friends by offering them animal sacfrices and checking them for flees. Oh, and she's also in debt due to her deadbeat father; because the mangaka apparently likes tormenting her. However, things start to look up for her after she meets loli!God, and the two go into the monster fighting business together. Though she can be selfish and perverted at times; she's generally a nice person.


Hitsuji: The aformentioned loli!God. She's such a big woobie that I want to just hug her, and take her in and feed her doughnuts! She's basically spent most of her existance fighting extraneous (that's what the monsters are called. Did I mention that was what the monsters are called?); and was getting damned close to the despair event horizon when she met Midori. In fact, she comes damned close to ending the universe on her own over a fight with Midori; but Midori eventually talks her out of it, and they become BFFs. Totally tsundere for humanity.

Brook: A CIA agent tasked with investigating Hitsuji and Midori. She ends up befriending them; and eventually becomes their agent of public affairs. Also, she and Midori have sex on one page....and then it never gets mentioned again. Not sure whether or not she's going to have a big role in the story. That's really all I have to say about her.

The Extraneous: They're monsters, they're based on stuff from mythology; despite being manifestations of misfortune; and they're somehow growing stronger even though Hitsuji is growing happier. Their existance makes perfect sense to me.

RX-1: An American creation that looks like the result of a wild night between Hitsugi and a gundam. Oh, and she looks older than Hitsugi and has boobs for some reason. How the heck did America make a copy of god? I dunno, but I'm guessing they used magical freedom power. Or maybe they summoned her into existance by selling their souls to a shark while jumping over it. I guess we'll just have to wait for Chapter four to come out before this question is ever answered.


Well, I guess I could talk about the awesome art; or the interesting themes of hope and despair; or my theory that Hitsugi is loliGodJesus (she fought monsters for your universe!) but instead, I'm just going to post random scenes that I liked and provide snarky commentary. Cause that's how science works!

Hitsuji's gets the best introduction in the manga. 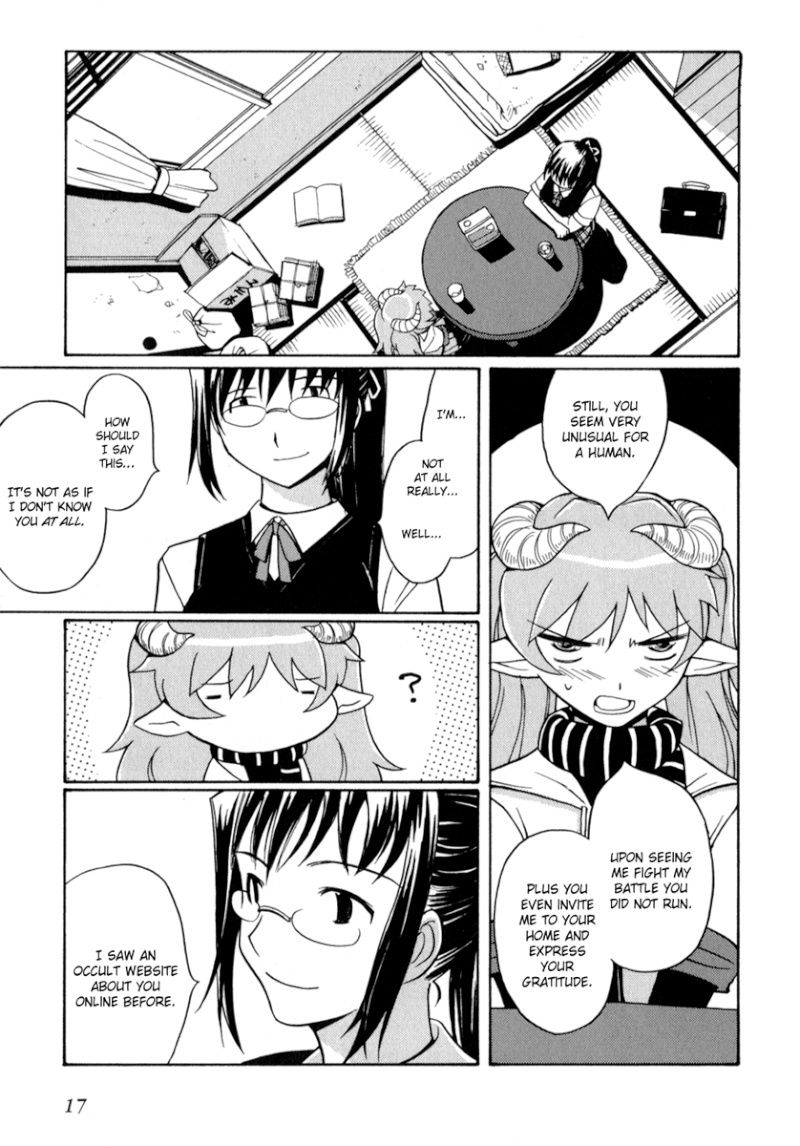 If I ever encounter a one-eyed, one-horned, purple people-eater, I won't be suprised. Why? Cause I read about them on the internet, so they must exist! 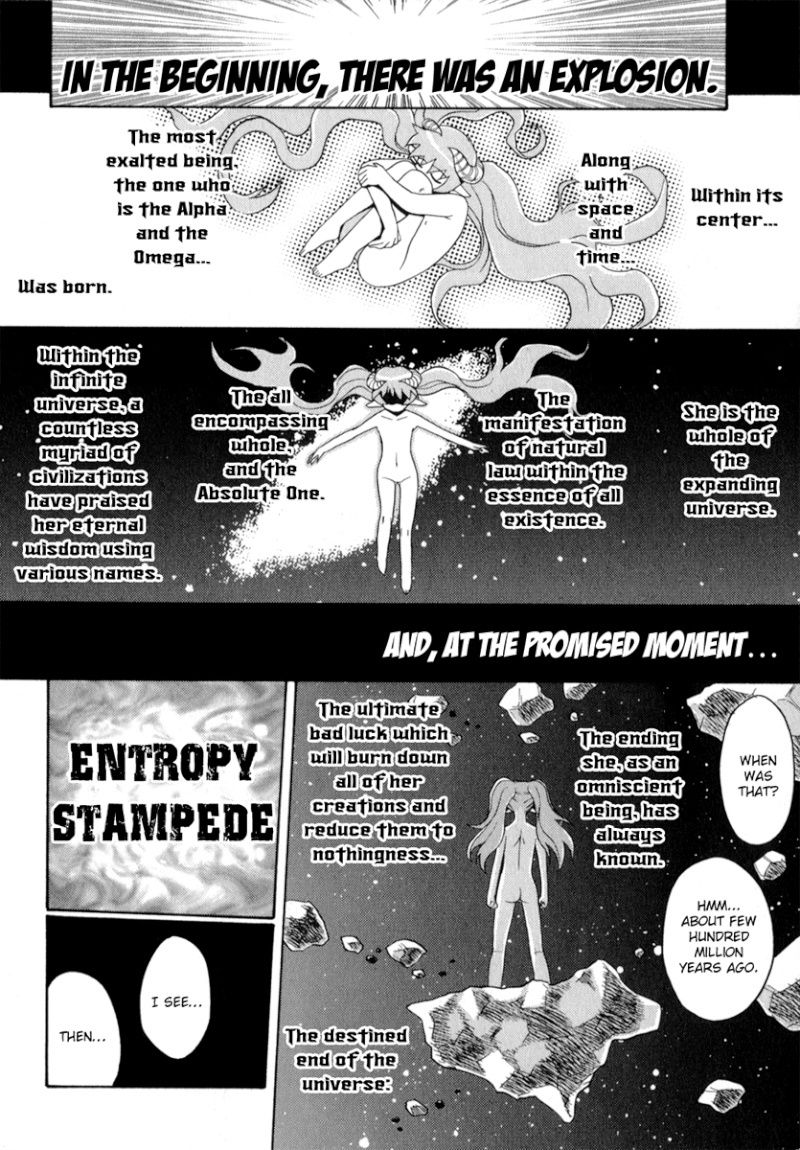 All glory and honor and praise to the naked space loli. And before anyone gets on my case; there's no naughty bits showing; thus it's totally wholesome and family friendly!

This seems harsh; but really, there are worse reasons to end the universe. I, for one, once tried to destroy the universe over a waffle. But that's another story for another time.

If Midori ever prints business cards; she should put "I bitch slapped god; what have you done today?". The coolest thing I've ever slapped is Freddy.

Spoiler:
By the way, remember that love interest of Midori's that I mentioned earlier? 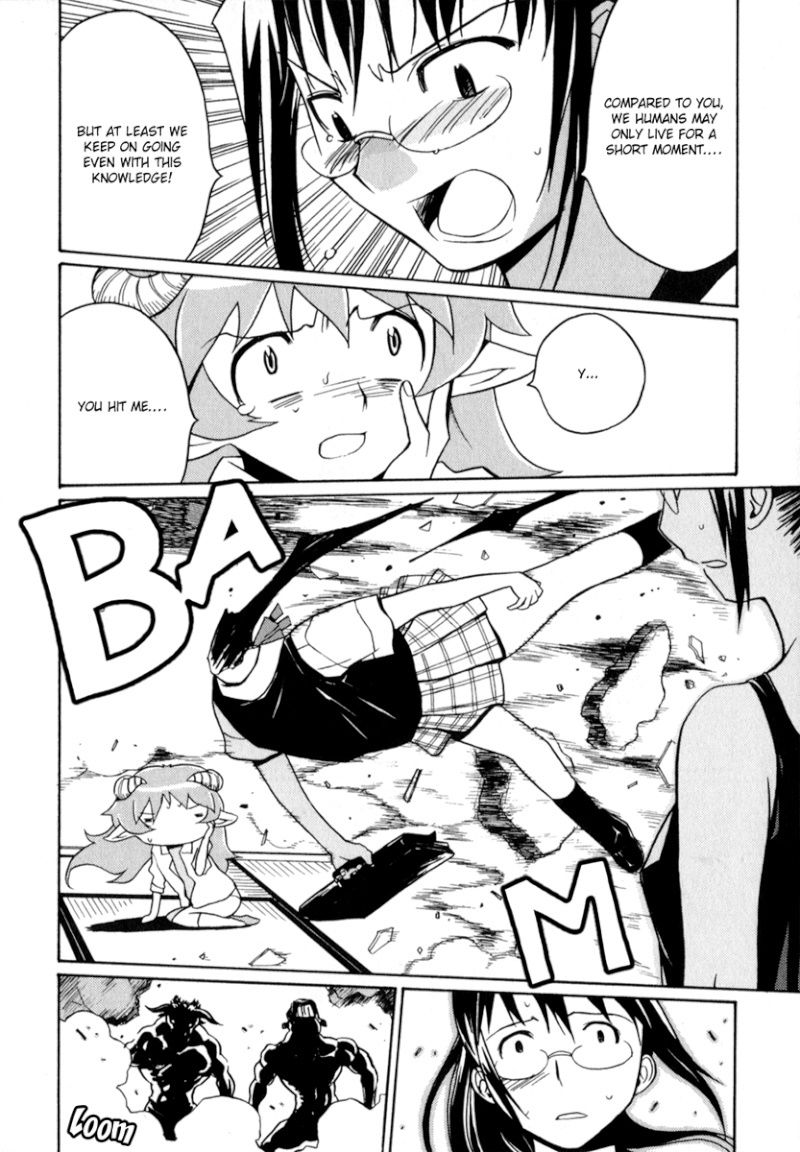 Hitsuji: More badass than all the Greek Gods put together.

Hitsugi: So badass that one of her just wasn't enough. 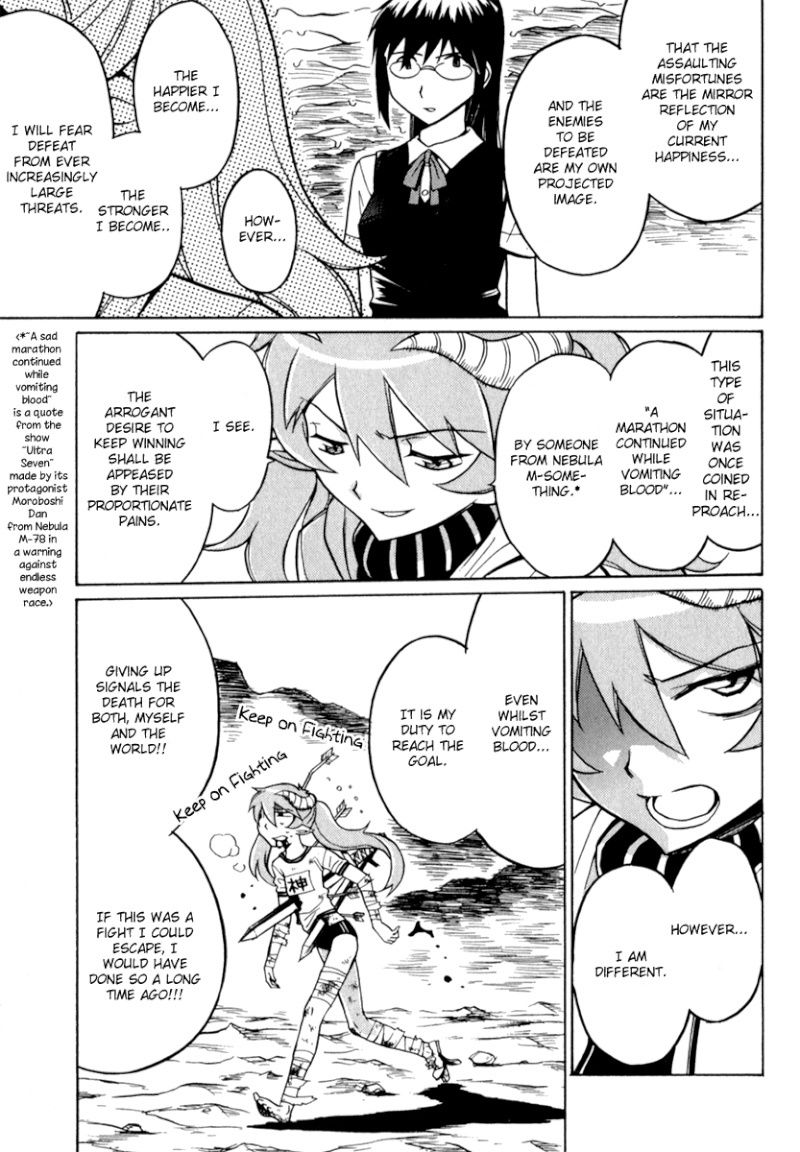 Hitsugi: So badass that horrible injuries are a minor annoyance. 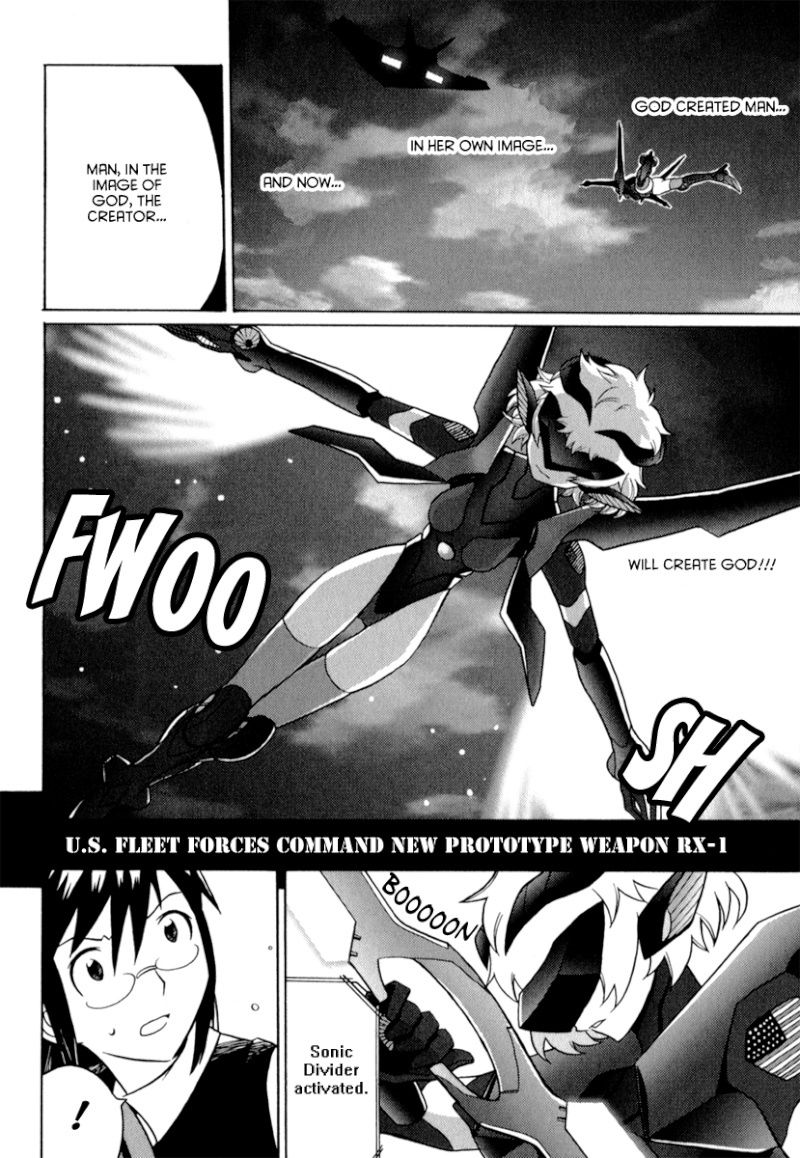 --
And now, I must bitch about minor details in order to appease the reviewing gods.


@) What happened between Chapter 2 and chapter 3? Suddenly there's tsundere loli!Gods for everyone, and we get two panels explaining it!


#) Where's my tsundere loli!God? I mean, you seem to have Hitsujis to spare, so why not give me one? We'd be best buddies; and she could listen to my poetry and threaten to destroy the universe when I scolded her! It would be awesome!

I like this manga. I wouldn't call it the greatest manga ever, but it was certainly fun to read. Hopefully we'll get a fourth chapter at some point in the near future.


....The reviews over. You can go read something else now.