Digimon RP. Make a human, make a digimon. Not much to explain here.

Digi Crest: (Love, Friendship, Courage, Reliability, Sincerity, Knowledge, Hope, and Light. Can only have one each and no character can have the same one. First come, first serve.) 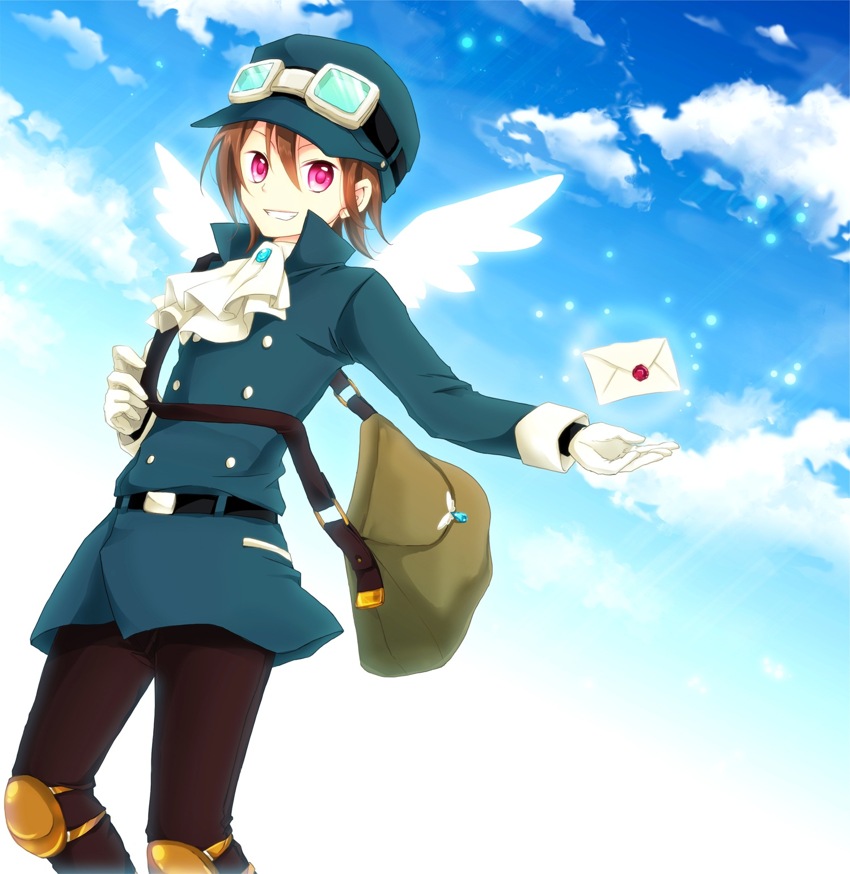 Personality: Unlike her digimon partner, Hiromi is a lot more level-headed and tries to take the situation more calmly instead of blindly charging in with reckless abandon. She's a bit awkward when talking to others, but her generally kind and friendly nature more than makes up for it. She gets easily embarrassed by praise and is really humble about anything she accomplishes. Even so, Hiromi is not one to back down from a fight, especially if someone is in danger. Nor will she let people push her around. In that way, she comes off as strong and willful.

Bio: Hiromi spent almost all of her life in a wheelchair and as a result didn't get a chance to play with other kids. She has been known to watch the other kids from a distance, but never really talked to them partly because she hated the looks of pity she got from them. This is also the reason why she dressed and acted like a boy, because she figured a boy in a wheelchair is less pitiful than a girl in a wheelchair. 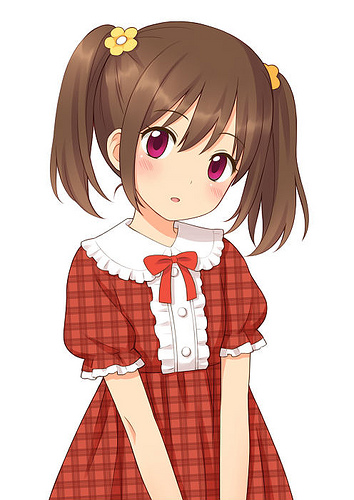 Personality: A sweet child who does her best to look out for her Onee-chan. Even though she is so young, she constantly tries to act older in order to be more helpful to Hiromi. She likes to take on a motherly role and will scold you if you do something wrong, though it's hard to take the 8 year old seriously. Sometimes, she takes on far too much responsibility than she can handle, which is a frequent worry for Hiromi in regards to her little sister.

Bio: The younger sister of Hiromi, ever since her older sister lost the ability to walk, Mitsumi has seen it upon herself to take a more grown up role and try to help her Onee-chan. Hiromi, however, just wants her little sister to be more like a normal child instead of trying to grow up too soon. Though, Mitsumi denies liking childish things, she has a secret love of fairy tales and even from a young age, would have her Onee-chan read them to her constantly.

Personality: She seems to be rather naive and innocent, always giving anything and everything she meets a chance to show that they're really good on the inside, despite appearances. She is polite and kind, and extremely hard to anger, though perhaps a bit easy to make cry. She disapproves of 'sinful' behaviors, but isn't able to muster up more than a scolding face in disapproval. She seems to have a slight obsession with finding her one true love, but she also seems to have never had a boyfriend before in spite of (or perhaps because of) that. It's possible that she's just very sheltered, and needs life experience.

Personality: Enjoys gathering knowledge more than anything else in the world. Is so dedicated to learning new things that he will sometimes forget about his own safety in doing so. Gets very upset when someone damages a book; as he believes all knowledge should be preserved. Finds the digital world utterly fascinating; and is excited at the prospect of exploring it further.


Bio: His father is extremely strict; and his mother died a while ago. Since his mom died; he's had a tendency to spend nearly all of his free time reading or looking at his computer.
__________________
In a world torn between Team Edward, and Team Jacob, I have one thing to say:

Personality: A polite and friendly person who, nevertheless, keeps himself at a distance from others. He keeps up the image of a nadeshiko, but has a short temper and can get violent at times. At all times he tries to be graceful and dainty, but his boyish nature will seep through his mask.


Bio: Misaki had been brought up as a girl his whole childhood, due to some family problems that he would rather not relay. He doesn't mind being perceived as a girl and also doesn't mind being perceived as a guy. Once or twice he would dress up as a boy too and try to do boy things, but other children would make fun of him because he has such feminine mannerisms. This caused him to be wary of strangers, though he still is very polite. All he really wants is a friend who would see him as him, despite any gender misconceptions.