Bio: (include how you came to know the Casuale heir and how you were accepted into the Casuale mafia family)

[For more info, check out the Reborn Wiki]

Notes: There is no Snow flame in the original manga and anime. There are only six guardians for the Casuale boss (Storm, Rain, Lightning, Cloud, Mist, and Sun) and each Guardian gets a family ring. Subordinates get ordinary flame rings. Family friends are normal people. Please ask me if you have any questions.

Personality: A little shy and quiet at first, but she is a strong willed girl who would do anything for her friends and family. But she is kinda lazy and hates doing work, especially paperwork and homework.

Bio: Gen was born in America and was shocked to find out that she was the tenth generation heir to an Italian mafia family. At first she rejected the idea, but after seeing her friends go through many trials and battles, she eventually accepted the title as the Casuale Decimo. She became the Decimo because she is directly descended from the Casuale Primo, who is her great-great-great-grandmother. It is said she looks like her ancestor as well as possesses the same personality and weapons.

Personality: Impulsive and energetic, and has a bit of a temper. She is very loyal and trusting, willing to do anything to help out a friend.

Bio: A native Russian whose mother was Italian, Ana was sent by her grandfather (on her mother's side) to work for the Casuale since he himself had worked for the family in his youth. Thinking this was the best for his grand daughter, at the age of fourteen, Ana got on a plane to meet the Casuale famliy. Three years later, Ana learned of the Casuale Heir and impulsively decided to meet Gen and become her friend. And by be her friend, I mean challenge her to a fight as many times as she could. Things didn't go that well at first with Ana's overbearing personality contrasting greatly with Gen's. But after an incident in which Ana saved Gen's life, they've been good friends, able to depend on eachother in times of need. 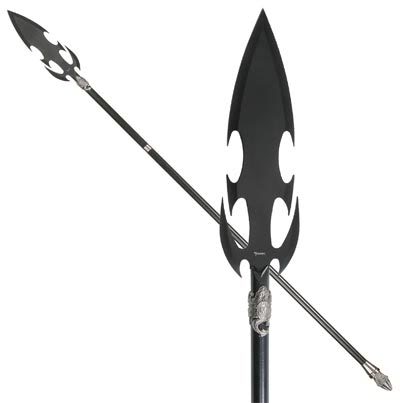 . When not using his box weapon, he uses Rectractable bo staff.

Box Animal: A white Wolf named as Raul, normally box animal would reside in box. But Raul rather stays outside which caused Dario a problem. He was able to solve the problem when he give's only a little amount of Lightning flames, then Raul come's out as wolf pup insted of adult white wolf since he won't have full amount of flames. Raul regains his strengh when he's given the normal flame amount which he need's to be adult size. Raul eats also human food beside's lightning flames.

Personality: Responsible and fun-loving, usually the one doing the paperworks and willing to help, can be some times impatience too sometimes. Has habit to tease others for fun.

Bio: Dario was Born in Italy at Florence, His mother was Italian musician and his father came from North part of Europe. When Dario was Born they moved into Rome, His family had ties to Casuale. Both his mother and father were family friend with Casuale and were also information gathere's. Trained by both of his parents, While his mother was the one who trained him into ways of combat, his father trained him with ways of information handling. at the age of sixteen he was placed as candinate for place of lighting guardian. He's the one who usually deals Gen's paperworks, whatever he liked it or not.

Both charrys are approved!!! XD

The heaviness suits him well, as it means he has an excuse not to move much.Yes, you do recognise it.

Box Animal: Falco Pellegrino - In contrast to his laziness, the Peregrine Falcon is the fastest animal known to man with a recorded dive of 242mph. This particular box animal is an "ideal falcon" and can fly at 390mph at a high altitude

Personality: A slapstick figure, Shin is a lazy coward, and will only fight if absolutely necessary or to prevent an even bigger fight. A lot of the time, he'll shut the world out with music, mainly listening but sometimes playing. Despite this, he's extremely fast and strong.

Bio: Shin has known Gen for a long time, since he moved from Germany with his father, who took him from England in an escape from his mother and her family who tried to kill his father for a reason his father never revealed. He was never that close with the Decimo, but he became a closer friend after "accidentally" barging into a group of four bullies picking on a child and knocking them unconscious. After this display, he was put to the test, and narrowly passed, after running away a lot.

Box weapon: Sleet - a massive, jagged blade of melting ice shards, acid rain, and cloud. It appears to shift and recoil on itself, always coalescing around a central blade, as if it is a storm harnessed.

Personality: Yozu is an aloof character, who likes to be left alone. He doesn't mind people, he'd just rather not have to hear all the pointless things they have to say. His life revolves around the pursuit of a vast fortune, which he has no plans around spending -- he just wants to make himself rich for the sake of being rich.

Bio: Yozu and the Decimo have a long history. His father served the family, his grandfather served the family -- and neither of them amassed any sort of wealth in all their years of service. Brought up to be guardian for the next heir, Yozu has kept one eye on his charge, Gen, and the other on the paychecks the family give him every other week. He likes his job, but he doesn't want to go to his grave with no legacy to his name; in this respect he looks out for numero uno.

ty. I googled hitman reborn and this dude fight my bio the best