Spoiler:
The lion's name is Whitesong 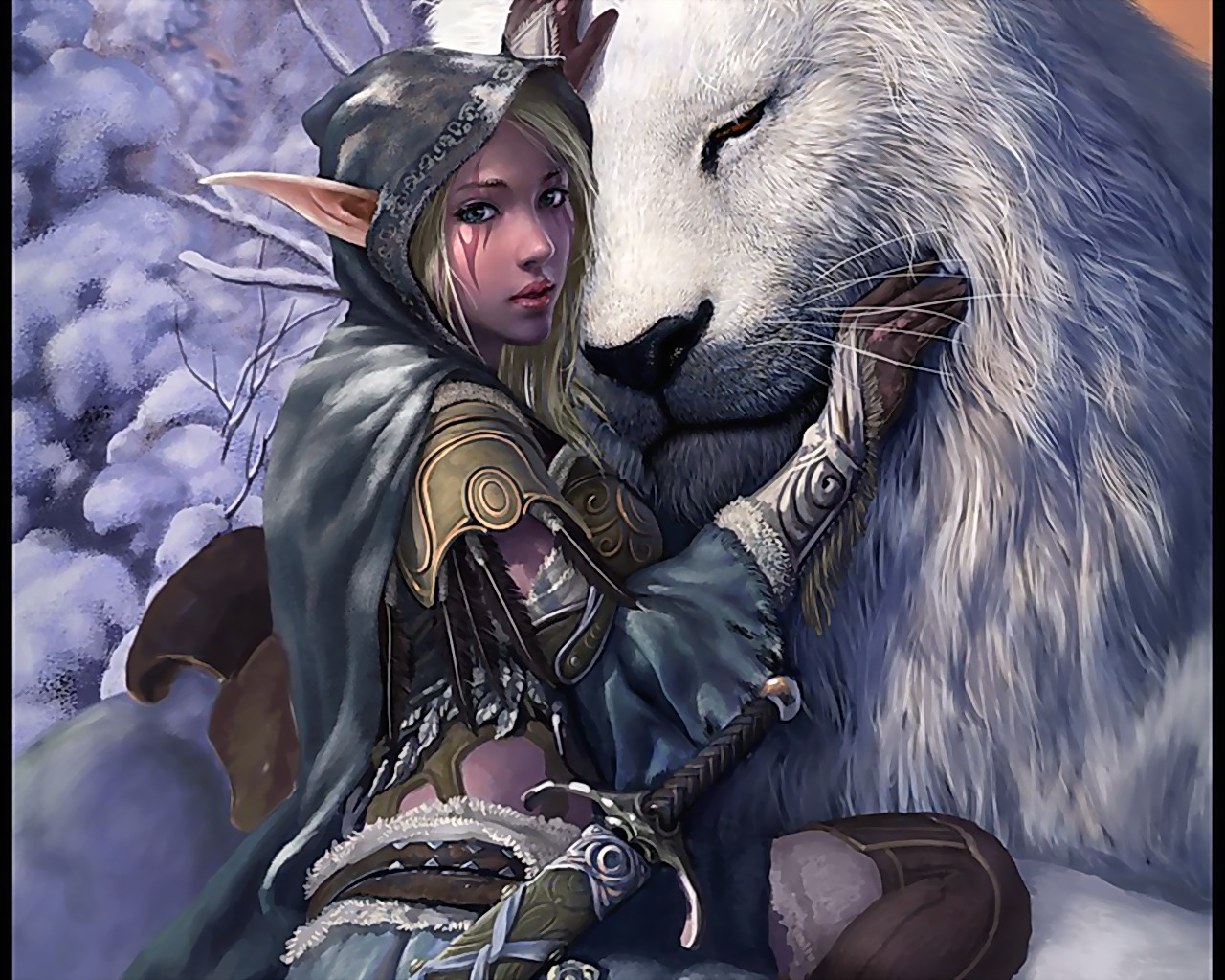 Weapons held: A long sword and bow both have very intricate designs.

Items held: Her clothing, her weapons, and an enchanted locket.

Magic: Basic healing and enchanting. Whiteson on the other hand is not like most lions, he can speak through telepethy because he was orignally the pet of a dead wizard who created a spell that allowed him to use telepethy

Personailty: Shy and quiet, she prefers to hunt then be in a crowd of people.

Bio: She grew up on a farm with Shadow. They were best friends growing up and when they decided to leave the farm, Leeta went to the mountains that were somewhat nearby. It was there that Leeta found her lion Whitesong who she tamed without much trouble. Whitesong was in pain because of an open wound caused by a group of people, when she found him she attempted to close the wound with magic. She surprisingly suceeded and from that day Whitesong has followed Leeta everywhere. Now they travel together searching for Shadow wherever she may be. (I know I didnt mention Shadow and Leeta's relationship in Shadows sheet because I didnt think of her at the time) 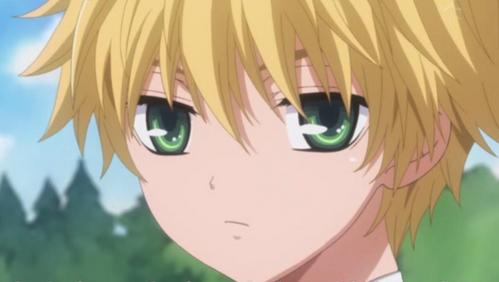 Weapons Held: His spoon allows him to channel his power into counter attacks and changes with what he eats. He can also use it to scoop what he is going to eat out of the air, which then redirects the rest into his mouth.

Items held: His spoon also has the ability to double as an eating utensil.

Magic: Eat: Billy can eat anything. Anything. That includes magic, which he can then absorb for energy or send back at his opponents using his spoon. He cannot regain his own magic levels meaning that he has to eat other peoples' magic to survive. Eating weapons causes his spoon to get the weapon's properties and proficiency with the weapon for a length of time all based on the weapon's quality and the skill of the previous user. Using this tends to make Billy drowsy depending on how powerful the thing he eats is.

Personality: An lazy and generally cheerful seeming kid with a grudge against the elves that raised him (although how genuine or deep-seated it is is debatable), leading him to some level of racism. Despite his dislike of the elves, he doesn't tend to actively oppose them them, instead eating constantly, mainly things that he really shouldn't. Clever but occasionally conscienceless and without much maturity, he just sits around and eats a lot, bored by the elves hugging trees. He is offended by bad restaurants and has an insatiable appetite.

Bio: Born amongst the elves with an odd ability to a travelling couple, he was taken from his parents to be trained to utilise his latent power. When he found how he came to live amongst a different race, he was incredibly angry; although he didn't try to kill anyone, he did develop a hatred towards his foster people. For some odd reason, the only item he has of his parents is his spoon.
__________________

Magic: Zo can duplicate itself. Each Zo duplicate can transform itself to any part of nature. When it or its home is threatened, all Zo duplicate swarms the attacker with overwhelming force.

Bio: Long ago, in the long forgotten shrine in an island, covered with trees, were populated by spirits that dwells nature. This place was once the home of those. Until few days later their home was threatened by darkness. The spirits did very thing to protect their home even it cost combining and sacrificing themselves, to unleash a power that would wipe out the invading darkness. After that war, the darkness was gone, the many of the guarding spirits were also gone, the shrine crumbled to dust but only one spirit remained that spirit is Zo. Homeless, Zo wondered around endlessly. It hovered through the mountains, plains, forest, nearby villages. A traveller stared at that glowing spirit in horror and ran away. After its long travel, Zo now resides near the land of Ardarnia.

Signups for this RP are closed to future apps, except from those made by someone already in the RP. Apologies to anyone this inconveniences, but we're too far along and the plot is already underway, so it wouldn't be fair to someone new joining that we can't include them properly.
__________________