A Dog's Life ~ A New Slice of Life RP

A Dog's Life ~ A New Slice of Life RP

To its lucky residents was given lush beaches, warm waters, and a sky as deep as the ocean blue. It's not a bustling island, nor a crowded one. All one hundred and eighty-two permanent residents have more than enough room to stretch their legs, and there's not a single trace of the usual island commercialism in sight. Just houses, beaches, and a small marketplace. None of that rampant consumerism and industrial noisemaking.

People enjoyed their lives there, and lived day by day, not thinking and fretting about tomorrow. They didn't concern themselves with the same things the rest of the world did. They just took it one step at a time, saw things, and took things as they were. Life on Water Island was peaceful, and relaxing for its residents. Or at least it was, until one important thing happened.

So yeah, there's your premise. This is meant to be a relaxed slice of life RP, a departure from seriousness and tension (hence the island setting and general adorableness). Sit back, relax, have fun, bounce your characters off of each other. Anything goes as long as it fits the tone of the RP.

Now then, to clarify, I do have a few rules here. You can play as any kind of pet, even exotic ones, but only if you could conceivably keep them. So if you want to RP a domesticated polar bear, you'd better hope your owner is rich and owns a chilled habitat, otherwise they have no reason to be there in the first place.

And while I would like to discourage you from playing both the pet and the owner at once, I do not forbid it if no other arrangement can be made. This is meant to be fun, and if you can't join because you don't have an owner or a pet, then you're not having fun. However, as a rule, please try to group up with someone else. That way, we don't all end up talking to ourselves in our own corners of the island.

Finally, I am going to allow free reign and enough artistic license to choke on, but please keep in mind what you're working with here. That being pets. What they are now doesn't matter, they were pets. Just keep that in mind when designing your characters.

Okay, here are your character sheets:

Appearance: "Nothing interesting happens around here..."

Personality: Kaylin likes to think she's pretty cool and tough, going out of her way to do crazy things, like jump off cliffs into the ocean or head into small, dark caves. This tends to end up with her getting hurt, but she likes to live a life without regrets, even if she knows what she wants to do is kind of stupid. When she first moved to the island, she was constantly angry or depressed, upset about having to move to 'this boring as hell' island and losing all of her friends. As she became more used to her new home, she started to open up, and has since made friends with a few of the young young people on the island.

Brief History: Moving from the big city at age 15, it took a while before Janie was used to the calm life she gained on Water Island. She used to have trouble sleeping because it was 'too quiet', and wasn't the most outgoing due to a grumpy attitude, due to moving and losing all of her old friends. Over time, though, she lightened up, and realized the beauty of the place she had moved to. Picking up photography as a hobby, she spends most of her time looking around the island and taking pictures of the scenery, animals, and plant life, as well as searching for hidden grottoes and such to explore. (Will add pet history when I have one.)

Personality: Having always been a shy dog, her personality had not changed much since her transformation into human form. She still tends to be wary of strangers, and tends to whine and whimper loudly when frightened. If threatened, she will attempted to hide and cower, while at the same time barking, trying to scare whatever is bothering her away. She still tends to have dog-like mannerisms and still does things like, obviously, barking and whining. When not worried or scared, she has a very curious nature, and will investigate anything she can get her hands on, which is a lot more now than it used to be with her acquisition of opposable thumbs. Speaks with a light southern accent.

Brief History: Born in a far-off country, Sadie was taken as a puppy and shipped to the island, along with many other types of dogs and animals. Put in the small but well-known pet store, Sadie spent only a short time there before being picked up by a middle-aged couple when she was eight weeks old. It was then that she was introduced to her owner, Beatrice, who seemed to be somewhat nervous around her, but Sadie soon showed that she was wary enough for the both of them. In the two years she has been with Beatrice, Sadie has grown very close to her, and becomes upset when separated from her for too long.

Name: Micheal Borden
Age: 17
Gender: Male
Appearance: http://www.bishibooru.com/post/view/56056#search=original
Personality: A sheltered boy with overprotective parents who often went on business trips, Micheal has always had a bit of a rebellious streak due to his insecurities about his parents. Deep down he really is a good boy, but he feels the need to play the part of a delinquent to separate himself from his parent's rule. Because of this, he hasn't made many friends and tends to be a little anti-social in general. When at home he tends to be laid back and a little lazy, his pet being the only one to ever see his "bad boy" image drop.
Brief History (will preferably include details about the pet): Micheal grew up into a relatively normal home life. Except his parents were somewhat overprotective to the point of being suffocating. This didn't stop them from business trips of course, but even then they would call him everyday at least 4 times a day to make sure he was okay. Eventually his parents decided to get the boy a guard dog in order to protect him while they were away. This was one of the times Micheal did not mind their overprotectiveness. He quickly grew fond of Viveka. She could be considered one of his true, unconditional friends. He feels his most relaxed when around his pet.

Name: Viveka
Age: 3 years (21 years human)
Gender: Female
Species: Dog
Breed: German Shepherd
Appearance: "Grrrrr..."
Personality: Loyal and affectionate to her owner, Michael, and overprotective to a fault. Has a seemingly inexhaustible supply of energy, and loves to talk and talk and talk. Doesn't play well with strangers unless her owner is friendly with them, and even then she'll be wary unless they're long-time friends. If someone poses a threat to Michael, expect her to spring into action immediately. If they don't pose a threat to Michael but look like they do, expect the same, just with awkwardly hilarious results. To Viveka, Michael is the world, meaning that she is very sensitive about what he thinks of her.
Brief History: Bought by Michael's frequent-flyer parents as a guard dog and companion for their son, Viveka (or just Viv) has been Michael's loyal companion for three years now, and takes her job very seriously. Sometimes a little too seriously. Personality: Laid-back, friendly, caring, but gets easily annoyed and sometimes easily distracted (usually by a TV or a video game). She finds life on the Island okay and is content with living there, but sometimes fantasizes about going out into the world, to see places and do things. She enjoys TV, video games, and the internet but don't mistake her as a shut in or a couch potato. She's quite active when she wants to be and enjoys lounging on the beach.

Brief History: Bea is a native of the Island and practically knows everyone. She lives with her aunt, uncle, and three cousins for her parents work overseas. She has a job at the local fish mart, which is actually owned by her uncle. She's just the average Water Island citizen really. Nothing special about her.

Bea used to be afraid of dogs due to a childhood incident, but when her aunt and uncle got her Sadie on her 18th birthday, well... You can say that the dog grew on her and it was a bonus that Sadie wasn't overly energetic or out to bite her.

Yeah, minus the sharp teeth, glasses, and longcoat. Add a pair of blue-tipped scarlet wings and there you have him.

Personality: Vain, chatty, just a bit bratty, and quite stubborn. He sometimes speaks without thinking and would insult people, especially those he dislikes. He likes attention, hates getting dirty and loud noises. He loves to eat fruits and seeds, music, and is really quite friendly once he grows on you.

All accepted so far. 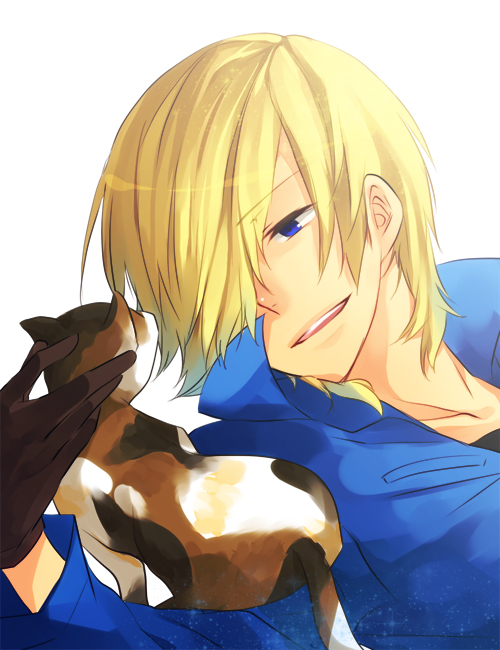 Personality: He is calm and quiet to strangers, but he is wild, crazy, and perverted to the people he knows well.
Brief History (will preferably include details about the pet): 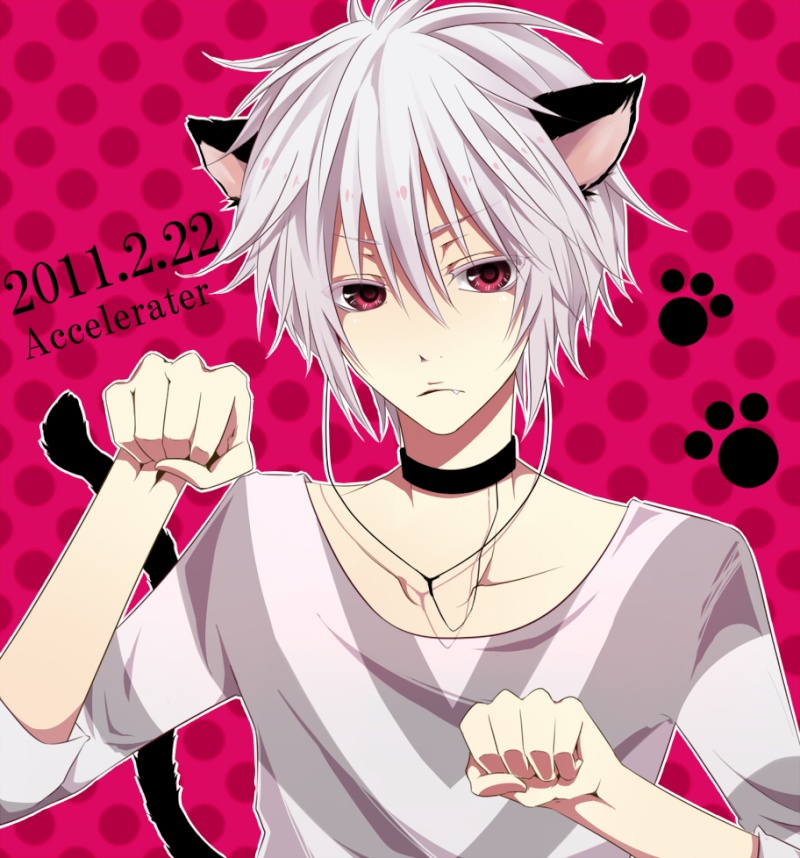 Personality: Type A Tsundere
Brief History: Digit has always been able to remember almost everything he sees. He likes to think that his name was given to him because of that. Honestly, his owner just gave him that name because he wouldn’t stop trying to bite a camera that was on the floor.. and on the table.. and on the bed. It tasted like cotton candy, okay? It’s not like he wanted to eat a camera or anything. His owner took it to a fair and got cotton candy all over it.