Hell on Earth: a Slice of Life Roleplay

Hell on Earth: a Slice of Life Roleplay

Umm... yes, this is just as weird as it sounds. Basically, something has caused Hell and Earth to fuse and this roleplay takes place a few years later, after all the boundaries and stuff have been sorted out. It takes place in a mansion overlooking the most... erratic region, one where the patches of each world are rather small and you can find pretty much anything if you look hard enough. This mansion also contains the governor for the region, who's most definitely a demon.

Anyway, the thing about these 'patches' is that, from one to the next, the boundaries are stark. You can go from a beach to an icy tundra but, unless you have a map, you'll have no idea that the tundra is there until you walk into it and the scenery changes. You can occasionally see people half a continent away, if they're close to the boundary of their 'patch' at the same time.

Despite being mostly human, demons all have something that obviously isn't. Horns, a tail, claws, glowing tattoos, impossible skin colour, etc. They're not all necessarily demonic--I would fully accept a catgirl or angel lookalike--but they're all clearly not human.

Age: 13. Not actually massively older then she appears, even. Personality: A mischief-maker to the core. Rietza enjoys causing problems for people. Harmless problems, most of the time, but problems nonetheless. She is fantastically cheerful and outgoing, always wanting to meet new people and know more about them(including how best to prank them). She's not actually mean, just... mischievous. She's actually quite nice and friendly when you get to know her. She'll just prank you when you least expect it.

Magic: Two, weak electrical magic allowing her to zap people alarmingly but not particularly harmfully, and short-term invisibility. Used to help her with pranks, of course.

Technological Skill: 10. Rietza worked with electronics a lot after learning more about them. They allowed her to pull off new kinds of pranks, after all!

History: Fairly unimpressive, really. Born, grew, got a job working in the mansion, constantly shirks her duties but is incredibly competent when she actually does them... that's about it.

Personality: Incredibly cheerful and rather arrogant, Arianna doesn't mind asserting herself as the smartest, prettiest, strongest, whatever category is relevant at the time. Not that she cares much about who she gets to play with, though. She's surprisingly hard to offend though, just don't mention those 'cheap, knock-off idiots' that appear in human mythology. Seriously, they're nothing compared to her.

Magic: Is an expert illusionist, and capable of splitting herself into nine separate bodies, though doing so 'sacrifices' a tail, and a portion of her power.

Technological Skill: 3. Unlikely to blow up a kitchen unless she's dealing with more than one cooking appliance or something. Would rather punch a computer than work with one.

History: Once part of a mansion in Pandaemonium, Arianna had plenty of time and opportunity to strengthen her illusory skills. For some reason or other, she ended up in a rather different mansion as a gatekeeper/bodyguard. Pretty damn good at it too. 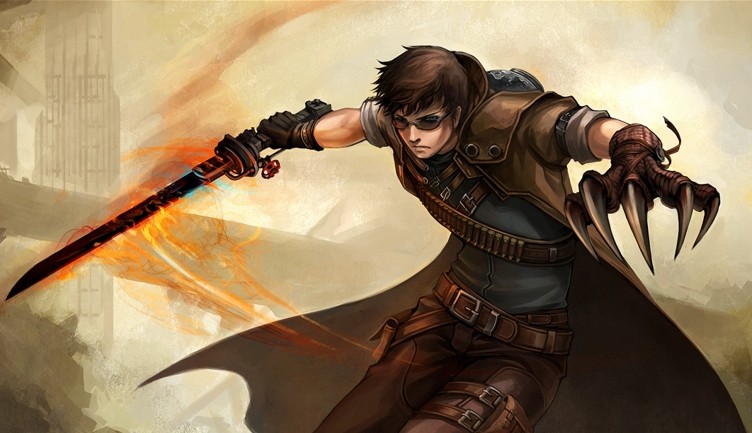 Personality: Sarcastic and bit arrogant. Taking sometimes laid back attitude when his motivation is not so high. He get's easily annoyed by boasting and has high possibility to flap his mouth without thinking consequences. He often get's nervous when someone is starting to talk about his money problems. Always ready to take jobs that pay, no matter how much.

Magic: With his magic, he's able to create an armor of earth on his body with downside of limiting his movements.

Technological Skill: 5. Can use phones, Tv's and Radios but computer is the line he can't get past that includes smartphone. he rather prefers phones with simplicity.

History: If applicable
Will Finish later

Rejected. All of them. Including mine.

This isn't going to go anywhere, anyway. That's what I get for just making something I think's interesting... >.<