In a world of dreams, a war between Forte and Baroque is on the verge of brewing. Tension between the two kingdoms grow more and more. Our young heroes try to live out their daily days in their respective kingdoms, but taxes are growing to unbelievable rates in Forte. The people are growing hungry and poor. Things are growing bad and our heroes decide it's time to do something about it.

Magic User: (Yes or no) (Keep in mind that magic users in this universe suffer from a terminal illness that will eventually kill them. They'll also need at least one magic attack/ in their skills/attacks section.)

Stats: (Distribute the points, given a total of 45 points)

Personality: She is a young upbeat and perky girl. She can be a bit naive about the world around her but also shows herself to be quite intelligent and street smart where it counts. 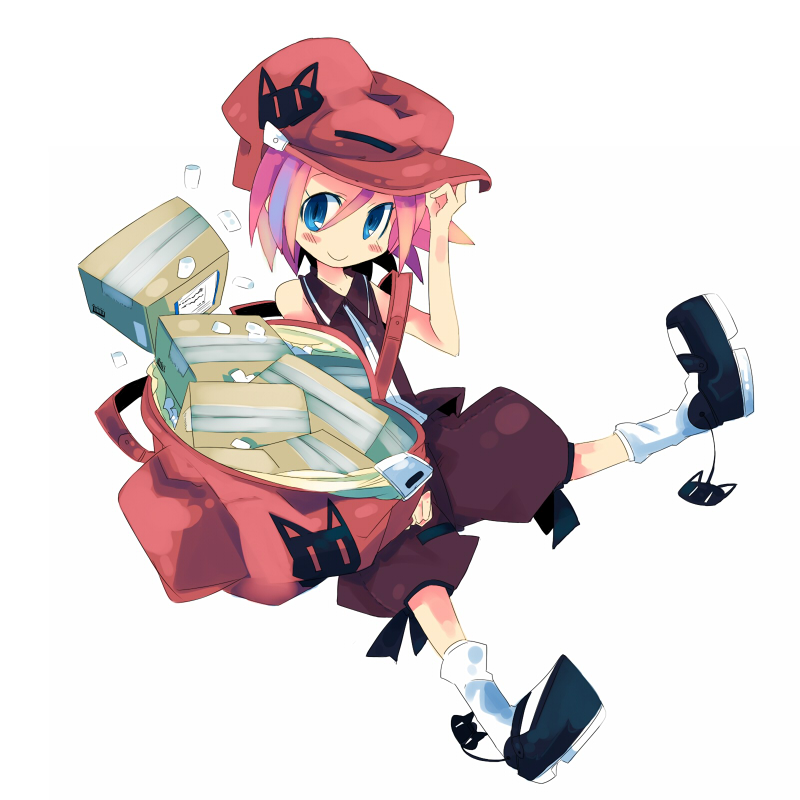 Weapon: She wields a double bladed axe with a guitar piece for a shaft and guitar strings running up it.

Bio: An orphan girl living on the streets of Ritardando, a city within Forte kingdom, she does what she can to survive. She lives in a secret base within the sewer system of the city along with an older girl who helps take care of them both. She often has to steal bread from the local baker making it tough to go out in the small city without at least one person pointing her out for the thief she is.
__________________

Stats: (Distribute the points, given a total of 45 points)

Personality: A determined and hard working girl who will do what is needed to protect her friends. She can be a bit cynical at times due to her hard life. She has a strong dislike for those who don't work for what they have. 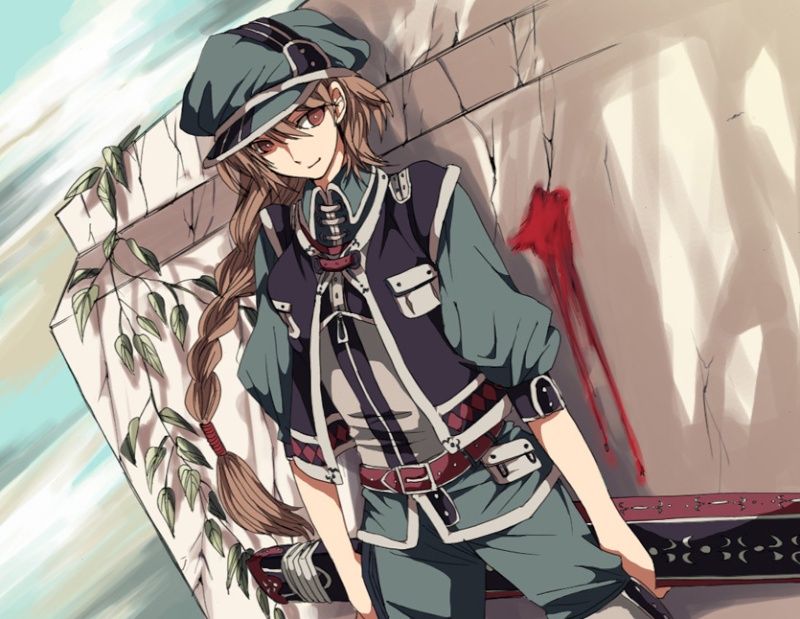 Weapon: A sword and a shield that looks like a marching drum

Bio: Another orphan living in the sewers of Ritardando, Musette does her best to take care of herself and Pop. She tries daily to find a job to earn money, but no one wants to hire a young girl who is only good at fighting. So one day, Musette tries to change their way of life by going to see the Count of Forte himself, hoping to convince him to cut taxes.

Name: Deceptive Cadence (or D.C. for short)
[Note: a deceptive cadence A chord progression that seems to lead to resolving itself on the final chord; but does not. It's poetic, yes?]

Personality: Stuck up, she's a rich girl and doesn't want to do anything that someone else can do for her.

Appearance: She's a beautiful girl, soft pale skin and big sad blue eyes. She has blonde hair and stands around 5'6" tall. She's very skinny and appears to be quite delicate.


Bio: She's a rich girl who's father is one of the higher ups in Forte. She was trained as a young girl how to defend herself from creeps and weirdos who wanted money from her father. She pretty much hates her father and would do almost anything to spite him, for instance running off and fighting in a war is right up her alley. Her beauty often attracts many suitors but she's incredibly superficial and judges men by face and by wealth and power.

Personality: Quiet and withdrawn, but is very kind-hearted. She keeps her emotions to herself and doesn't really know how to relate to people, but likes to make an effort at least.

Dark Attack/Skill:
1. Rapid Strike - A series of rapid whip slashes that's coated with dark energy.
2. Dream Theatre - An illusion skill that places the target in a dream world that shows all of his/her own desires and can quickly turn into a horrific nightmare. It can only be broken by Alana or if the target realizes that s/he is in an illusion.

Light Attack/Skill:
1. Whip Barrier - The whip will put up a barrier around Alana and close-by members of the party. It also increases defense by 25% for a short time.
2. Wind Blade - Each slash of the whip release a sharp gust of wind that can cut through almost anything.

Bio: Daughter of a nobleman in Baroque and diagnosed with a terminal illness because of her ability to use magic. Her father and stepmother are ashamed of her, so she was locked up in their manor for most of her childhood. The only person she trusted and loved with all her heart was her older brother, Albert. But he too was a magic user and died because of it. After Albert's death, Alana summoned the strength and courage to run away from home, determined to live before she died. She carries a small doll with her all the time because it looks exactly like her brother.

Personality: She's a girl who hides behind an emotional mask. Even though she lives each day being avoided by people around her and awaiting the time of her death, she tries to keep a cheerful and carefree personality. She often takes out her anger on enemies to relieve herself of some stress. Because of this, she can be very aggressive in battle.

Bio: She was born the youngest in her family of magicians. Of course, since magicians have these certain conditions, she had to go through watching every single member of her family die in front of her. She ran away after her last remaining family member died. She was the only one remaining now and she was trying to deny that she was about to die soon by masking herself in a more cheerful personality. Her illness causes her to catch diseases easily and usually have a weakened feeling. She wants to face the Count of Forte to demand for a cure and even a way to bring back her whole family for her to live a normal life which she feels she deserved.

Name: Jabberwock (no, not actually me)


Personality: Quiet, calm, and reserved. Jabberwock is all too aware of his impending doom, and does not wish to speak about it often. Likewise, he does not enjoy using his magic, preferring a physical weapon over magic. He enjoys being alone, or at least alone enough that he doesn't have people asking him about his magic, his eyes, ears, or anything else he deems invasive. He is mildly aphephobic (fear of being touched), and does not like people getting close to him without his permission. A chronic insomniac, Jabberwock will go a day or two with little sleep, often needing to be sedated or put to sleep through his own magical means, though he loathes being asleep. He enjoys music, but is rather inept at playing it, and smokes quite a bit. His main talents are mostly combat based, and he enjoys being silent and unnoticed.

Weapon: A long cross-spear. The shaft is red, and allows for a small bit of flexibility.

2. Elegy of Emptiness - Jabberwock casts aside his spear and attacks with a pure ball of magic. It leaves him weakened if used in rapid succession.

1. The Sunlit Garden - Jabberwock freezes for the barest moment before darting towards the enemy, sliding beneath it (or around it) and slicing upwards three times.

2. The Sunlit Earth - Jabberwock slams his spear into the ground, using it as a conduit to send his magic to his teammates, healing them.

Bio: Jabberwock's beginnings were none too humble. He was abandoned as 'cursed' with his white and black eyes, and most notably his coyote ears. His years were spend on the streets of Forte, scrapping and scrambling for food. More often than not, he was caught and beaten. As he moved away from the upper streets and into the sewers, he taught himself how to fight, and scraped up and stole enough money to get commission his cross spear. With his age came arrogance, and Jabberwock tried to mass other deserters and street urchins to oppose the Count. He and his little gang assaulted the castle...

All but Jabberwock were slaughtered.

The coyote-eared young man was left with one of his ears torn, and the torment he endured at the hands of the Count for his arrogance brought about his aphephobia. With help from bribing guards, he was able to retrieve his spear and escape. He swore to not return to Forte, hoping to never deal with the Count again.

However, his guilt at leading so many youth to their death started to eat at him. In his dreams, he fell into a cursed nightmare. After his first of them, he gained a spreading bruise on his back, shaped as serpents and holly flowers. He wears his coat to hide it, and does not wish to sleep for fear of it spreading.

Now, Jabberwock wanders from village to village, offering his services as a monster-hunter, though he merely wishes to not be forgotten.