A roleplay dedicated to the great anime, D. Gray-Man! Make an Exorcist, a Finder, a Scientist, or an Akuma (demon, but saying akuma is much more fun) and we'll see how it goes. The Noah clan might come in later on... if we even get that far...

Exorcists are humans with rather superhuman abilities and weapons that are forged out of Innocence (which gives them said superhuman abilities). They wear black coats (http://dimarkitekt13.blogsome.com/images/dgrayman9.jpg) to bait out akuma. All exorcists have golems (they look like flying black eyeballs with bat wings) which can be used to contact headquarters, other exorcists, or Finders and can be used as recorders. And only those who are chosen by an Innocence fragment can become exorcists.

Finders are regular humans who work as scouts and support for the exorcists. They wear white coats (http://attachments.proboards.com/111115/osucosplay/OGb6YbiIjidOkztZAII6.jpg) and carry giant phones around to contact other Finders, exorcists, and headquarters. They can not defeat akuma themselves, but they carry barrier projectors which can trap akuma in special cube-shaped barriers, which is a useful strategy for the exorcists.

Scientists are exactly that. They are humans with high intellect and work to create helpful weapons to fight against akuma as well as the anti-akuma weapons the exorcists wields. They also research Innocence and other supernatural phenomena that are usually caused by Innocence.

Akuma are weapons made by the Millennium Earl. They are created by a human who calls out for the soul of a loved one who has recently died. The called out soul occupies the skeletal-like weapon and then kills the person who has called them out before taking the body as their guise. Their attacks have a special virus which instantly kills humans by spreading pentacles all over the body and disintegrating it. Only exorcists with parasitic weapons are immune to the virus.

Name:(akuma have no real need for names, unless they are not needed by the Earl and must blend into regular society)

Gender: (yes, even akuma have genders... unless they are level three or four...)

Appearance: (use picture or description, either is okay)

Anti-Akuma Weapon (if exorcist): (there are the equip types like swords or hammers or even a bell or harp strings, and there are the parasitic types which mutates the body to use as weapons, like a hand or teeth, though they are very rare. Please include any special attacks and if it has a level two ability.)

Note: No ordinary exorcist can synchronize 100% with their Innocence. Only Generals can do that and in this case, there are only five Generals which will be taken from canon and be shown later on if we get that far.

For more information, please refer to the D. Gray-man wiki.

Name: Juha Court (called by Court rather than his first name, since it tend's to come out with strange tone)

Bio: Court came from Finland and left his home contry to join Black order and help in fight against millenium Earl in anyway he can. He settled living in Black order immediatly and often takes scouting mission's related to snowy areas or forests. using skill's he gained in his home country for good use. His family currently lives in Britain. 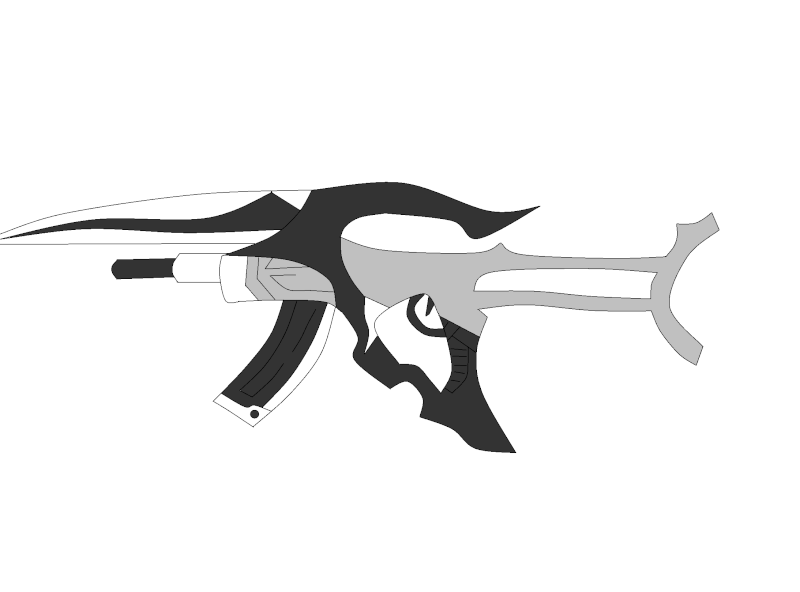 Auros Anti-Akuma weapon is equip type gun weapon Desperado. (see the picture) Desperados basic abilitieas are the energy spikes it shoot's from it's barrel and the blade above the barrel used as close-quoter weapon. When in Level two Desperado changes it form bit larger and gains two parallel metal rails in blace of barrel, under thae blade which becomes bit longer. Gaining Railgun Capabilities.

Special attacks of Desperado:
Desperado blast: Huge amount of energy gathera at the end of barrel where normally energy spikes are shot out, and the energy is released contain ing now huge stopping power.
Saint's blade: The lade above the barrel is enveloped in green energy and it grows in length and size for the moment of attack leaving green after line from slash
which eventually disapeares.

Desperado lvl.2 Special attacks:
Desperado blade: Instead of moment of attack, the Blade stays and is enhanced with electricity coming from railguns rails and another blade coming out from there
combining with other blade, now lightish blue colored instead of normal green.

Personality: Auros is generous but bit quick tempered person who has strange like for sea culinary taking even risk of eating blowfish into great height. Causing others to joke about where he could have gained his love for taste of fish. He cares greatly about his friends and is sometimes ready to give helping hand or guide, even in social situations, thou some might not alway be helpful.

Bio: Auros arrived to Black order in age of 17 and was immediatly put to work when scout's found him, sending him nearest Black order branch. Learning there and instructed at battle with Akumas. It is unknow if he has family left but he had gained several friends at Black order. His ability to use innocence was revealed when he was caught in battle with Akuma who fought against Finders. Releasing Akumas from their torment his innocence was found.

Appearance: Her Black Order coat is a long robe with long sleeves and a hood. It has two slits on the back where her wings come out. She basically looks like a dark angel.

Spoiler:
I know its a guy in the picture, but he looks pretty enough to be a girl so meh XP 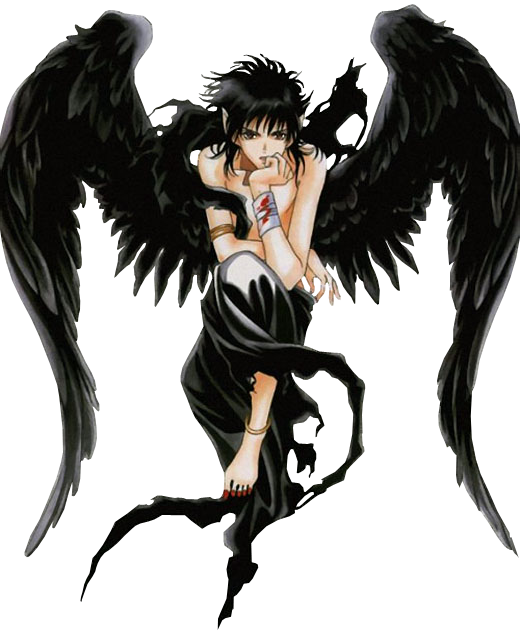 Anti-Akuma Weapon (if exorcist): Bathala is a parasitic type anti-akuma weapon that takes the form of black wings when activated and though it is virtually impossible for her to fly with her small-ish wings, she can due to her Innocence. Its attacks are Saving Grace, which shoots "feathers" at the opponent, and Salvation where the wings strike through the target. It can also be used for a defensive shield and it has no level two, as of yet.

Personality: Angela is polite and friendly, a bit genki once she gets comfortable around someone, but also a little strange. She has a liking for the occult, which is weird because she is an exorcist of the Black Order which is a largely religious group. And due to her parasitic type Innocence she has a large appetite.

Bio: Angela was born with her Innocence, which caused a disfiguration along her back where her wings would sprout. Despite that she had a happy childhood with her family until her mother died of an illness when Angela was ten. Her father was distraught and the Millennium Earl came to him. Her mother was brought back as an akuma and tried to kill her and her little brother, but Angela's Innocence activated and killed the akuma. After that incident she and her brother spent two years living on the streets until she met Klaud Nine, who killed off the akuma that were plaguing the town they lived in. Klaud noticed that Angela had Innocence and she took Angela in as a student though they had to leave Angela's brother behind (he was taken in by kind people who supported the Black Order and were acquaintances of Klaud). It had been six years since Angela had last seen her brother but she had never forgotten him.