The Crucible - A Fantasy/Steampunk Roleplay Adventure!

The Crucible - A Fantasy/Steampunk Roleplay Adventure!

The Crucible - An enormous airship made of steel, dirt, and stone, with a diameter of nearly 10,000 square kilometers and in the shape of a half-sphere built near the beginning of the war. The Crucible was created with a goal in mind; to allow a hub for Steampunkers and Magicians to meet in peace and coexist in harmony. On the top of the ship is a enormous city, made in the Victorian style with a touch of fantasy, surrounded by a vast plain filled with forests, grasslands, mountains, etc. A huge castle lies at the center of the ship, and it is surrounded by an even large city, bustling with Mages and Steampunkers alike.

And now, a little History...
The Allied Powers and the Central Powers were both combinations of Mage countries and Steampunk Countries. The U.S., the British Empire, the Ottoman Empire, and Austria-Hungary were all Steampunk nations, while France, Japan, Germany, and Bulgaria were Magic Nations. Each side utilized the strengths of Steam and Magic in ways never before seen, causing widespread loss of life, poverty, and hatred among the home fronts of each country. While the majority of the citizens in those countries cried for the blood of their enemies, there were a few who despised the Great War, and created two organizations; The Silver Cog and the Magistrate. Together, they created the Crucible through the fusion of steam power and magic. The Crucible was the home of the nation of Redwind, a coalition of Magi and Steampunk Scientists, engineers, and mechanics. They are, officially, a non-military nation striving for peace. However, as the leaders understand the need of a military, have a private "police force" under their command. 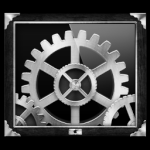