Emotions harvested during the Wildehaven-Ormere Conflict fifty years ago. People are still torn, thinking what was right and what was wrong.

Wildehaven wanted to conquer the lands beyond Omere while Omere itself wanted to conquer the lands beyond Wildehaven. Wildehaven was the one to make the first move, sparking the entire 'war'. It wasn't just a war with soldiers, it was two completely SAME ideologies being smacked against each other. In truth, a completely pointless and avoidable war. It wasn't right nor wrong, it was stupid. Even today people are recovering from the conflict.

Thousands dead on each side. Scarred families. Emotions still on high.

It wasn't a war for money or stability of the economy, it was a war to expand on to new borders.

The Wildehaven-Omere Conflict was fought in 657 NA (New Age) 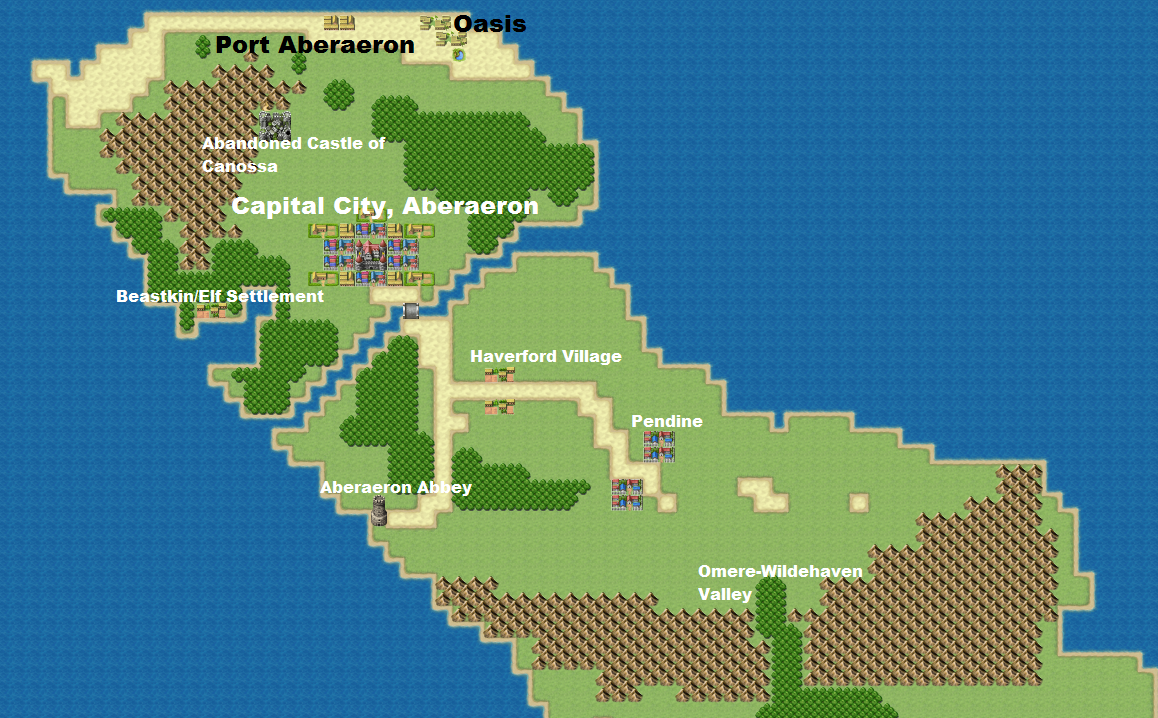 Personality: He's a bit broody, and likes to take his bad moods out on other people. However he's generally a decent guy to get along with if he's in a good mood. He often uses the fact that he's the prince to get regular people to do things for him, though without ever pushing it too far so as to shame his family. He's particularly manipulative of people he doesn't know, having been raised to be a prince of a kingdom, and has goals of being the most well known king to go down in history.

Bio: Being raised as the prince of Zardossa, his father always expected a lot of him. His mother was often much gentler with him than his father, and going between strict to pampering has led Erik to have a fairly great life that he finds almost miserable. He's been taught by his mother how normal people think, act, and behave. But a different thing was taught to him by his father, who has always said that 'the general population cannot think on their own, and that is why I am teaching you to think for them'. These conflicting policies has left Erik questioning quite a bit, but he doesn't seem to be bothered by taking advantage of others.

He has recently traveled a great distance in the name of studying abroad.

Weapon: A bo staff that extends to a full length of six feet while normally being folded up and hidden on his person. 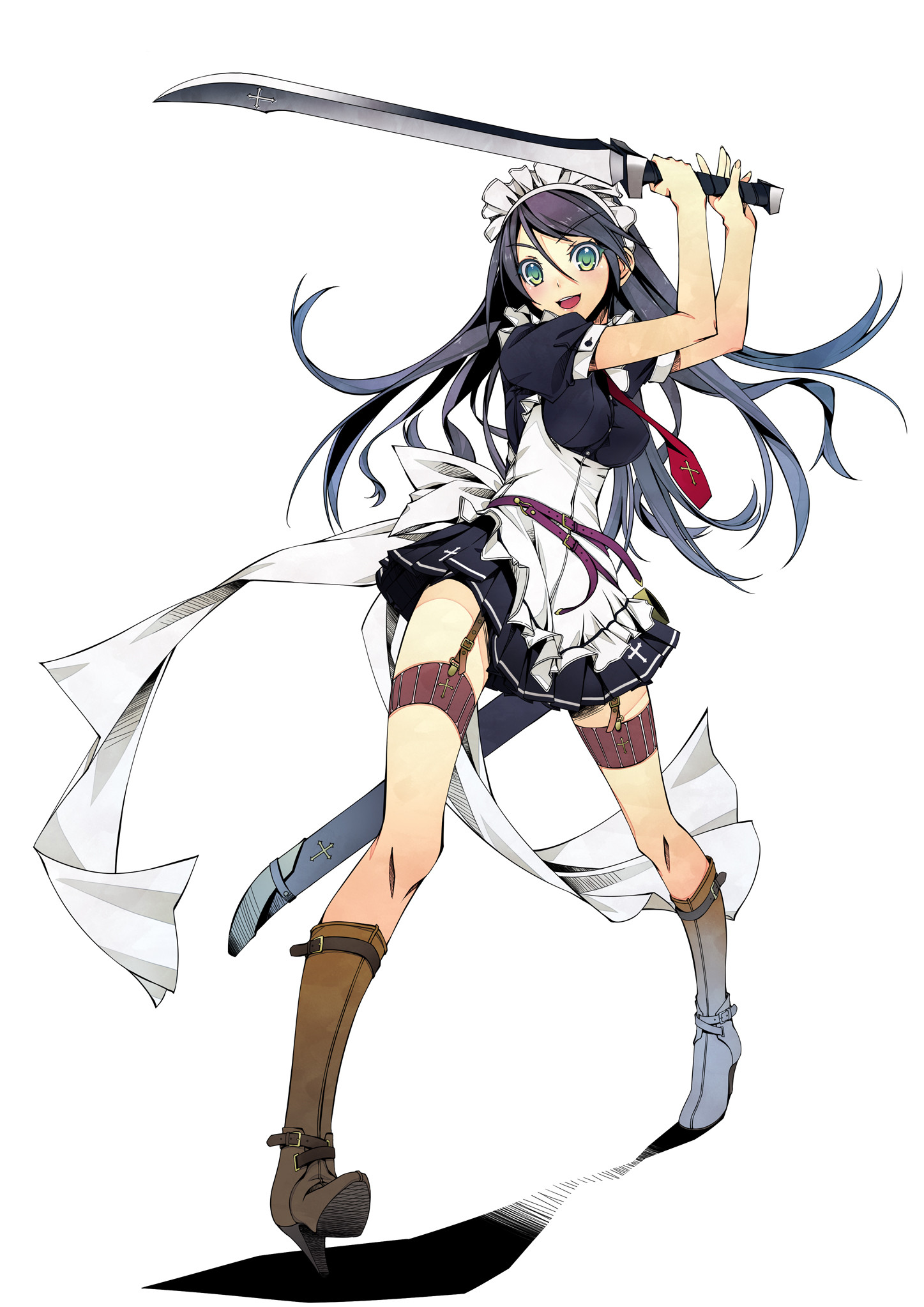 Personality: A girl with a scarred heart and a fear of loss. She keeps up a perky attitude when in public but often finds it hard to sleep when night falls. Constant reminders of the past make it hard for her to get a good nights rest so she is often irritable in the morning. Like her Dracovin brethren she has a deep passion for whatever she is interested in. Now it's reading up on history, magic and her heritage as well as finding clues to her mother's whereabouts.

She is the type of person you can start a conversation with right off the bat and go on talking for absolutely nothing for hours on end. Maybe that's why she still has a job because her skills as a maid are subpar. Of course, she can clean, dust, prepare food and what not but it's always 'half-assed' as she puts it when talking to Erik in private.


Bio: Born from a female Dracovin of the same name and a father named Gray, Priscilla lived a wonderful childhood living with her family in a separate forest. Up until the age of eight, she had a wonderful connection to her family. Then one day rogues came and attacked her home in the middle of the night to ransack it. Her father killed and the young Priscilla held captive, the rogues left while they burnt the house to the ground. A year later Priscilla was sold into slavery under the new name "Crea". Of course, she rejected this name and still referred to herself as Priscilla.

Even after being sold from household to household Priscilla never stopped searching for her mother. The last family she had been sold too was a Zardossa Nobleman that wanted a mistress to bear children. One night on the border where he attempted to intoxicate her, Priscilla took her chance and escaped.

Shortly after running away she ran, unknowingly, into the Grand Duke of the Zardossa Kingdom. He granted her charity. In exchange of becoming a maid for the Zardossa Royal Family she could have a place to sleep. Of course she took up the offer and now works in the Zardossa Capital City under Prince Erik.


Magic and Abilities:
Dragonic Incantation: She has the ability to transform into a dragon but, since being a half-breed of human and Dracovin, the form isn't as strong as it could be.

Pyromancy: The art of turning passion into fire to singe everything in creation. Zardossa is known for its Pyromancy and Priscilla took the time to learn of it through grimoire texts. It is low level, mind you, so the largest thing she can conjure is a fireball about the size of her head.

Speed, Strength, Senses: Being a Dracovin, her body is more durable than a normal human. This aids in physical combat and why she prefers a two-handed sword above all else.

Name: Andrew Burough
Age: 19
Race: Human
Appearance: Minus the scythe.
Personality: Andrew is a rather rough speaking young man who grew up in a forest village. People have always described his behavior as very animalistic. He tends to have the same view of life as an animal, taking what he can to survive even if it happens to belong to someone else. Despite this, he is a friendly person and is easy to make friends with once you get to know him.
Bio:
Gender: Male
Weapon: Crossbow
Magic and Abilities:

Appearance: A girl who happens to be rather short for her age; and nearly flat-chested. Has short blond hair; and blue eyes.

Personality: A rather arrogant girl who tends to brag about her abilities. Considers herself to be the most skilled flier; and might just be correct about it. Does not get along well with others.

Weapon: a pair of scimitars

Magic: Has magic that increases her speed; and reinforces her body just enough to handle whatever speed she's moving at. Can also use it to increase the performance of whatever vehicle she's piloting.
__________________
In a world torn between Team Edward, and Team Jacob, I have one thing to say: